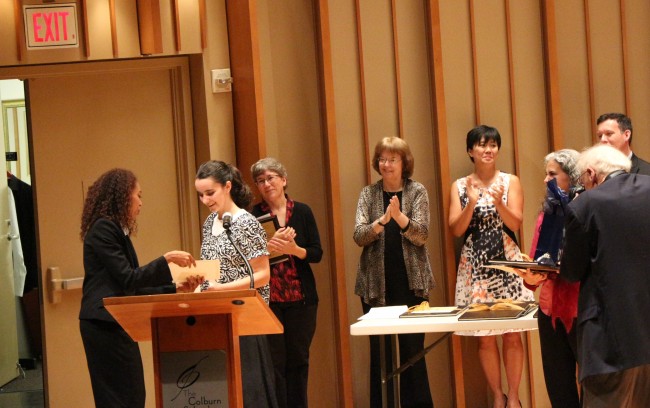 Palazzolo, age 17, is a student of Kathryn Plummer. She was one of just 30 violists ages 15-29 selected to compete in the live rounds of the competition. Her fellow quarter-finalists are from Australia, Canada, China, France, Japan, South Korea, the United Kingdom and the United States.

One of the most renowned string instrument competitions in the world, celebrating its 35th anniversary in 2014, the PIVC features the world’s best young violists.