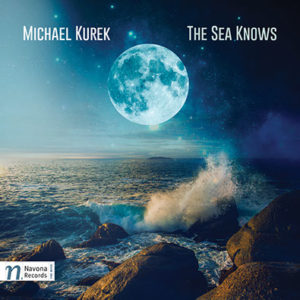 Composition professor Michael Kurek’s new album The Sea Knows has held the top position on Billboard’s Traditional Classical Albums chart for three weeks, since its July 14 release. It debuted at No. 4 on the overall Top Classical Albums chart, dropping to No. 5 in its second and third weeks. In addition, Serenade for Violoncello and Harp is featured on Spotify’s “Classical New Releases: Spotify Picks” curated playlist, with 34,400 plays in 15 days.

The album, which was released on Navona Records, includes five compositions by Kurek, two of which were recorded at the Blair School and performed by Blair faculty and student artists: